Science-Fiction and the Imaginations of Innovators

My co-editor and I recently watched the movie Europa Report, a science fiction thriller about an expedition to Europa. For those who might not know, this icy moon of Jupiter has long captured the imaginations of scientists and writers due to the possibility that it may harbor life in its sub-surface oceans.

Fans of the film, Moon, which was launded by NASA types for its attention to lunar base detail, will certainly find a similar faithfulness to science and the capturing of the human condition under extreme circumstances. But Arthur C. Clarke afficianados and those who remember 2010: The Year We Make Contact, the second installment in Clarke’s Odyssey series will notice even more parallels. Remember Bowman/Hal’s final message to Earth?

ALL THESE WORLDS ARE YOURS EXCEPT EUROPA

ATTEMPT NO LANDING THERE

(The above message was sent after the monoliths of 2001 fame transformed Jupiter into the sun, Lucifer, in order to encourage complex life on  Europa)

Hopefully the upcoming film, Gravity, signals a continuing trend of science-fiction on the big screen, eschewing the typical running around time and space with a pulse laser gun Hollywood plot. And don’t get me wrong, those films have their place. We all love Benedict Cumberbatch and Zachary Quinto hopping on and off cargo ships over San Francisco like 16-bit video game characters, right? But what I love about films like Europa Report and about science-fiction that really touches on the potential of our current reality is that they spark imaginations in a way that could translate into real world contributions (or help prepare us for dilemmas…someone please tell DARPA to stop making computers smarter…seriously). Put another way, as outlined in a recent New Republic article, science-fiction of this nature makes literature and the liberal arts relevant in a way that those outside of the arts might not readily see. And heaven knows people love pointing out the worthlessness of a Humanities degree. 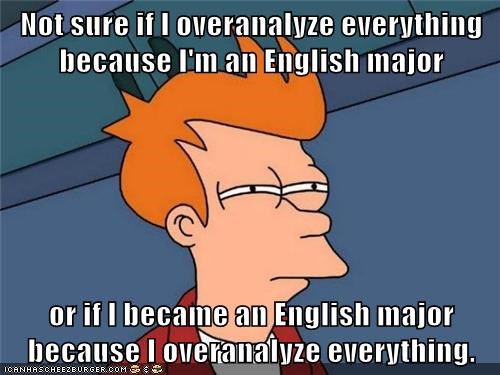 “There is no science without fancy and no art without fact.” — Vladimir Nabokov

But wait! There’s all sorts of implausible things in movies like 2001. Well, that’s where one of Clarke’s laws comes into play: “Any sufficiently advanced technology is indistinguishable from magic.” While there are working theories about warp drives and while PBS documentaries can help us wrap our minds around teleporting sub-atomic particles, human civilization just isn’t ready to go zipping through the cosmos and beeming people dramatically from point A to point B with cool lights and snazzy sound effects (nor are we really equipped to understand the motives of beings possessing such technology). A lot of the technology we encounter in science-fiction can be seen as magical or as fantastical and when reality and magic collide interesting things can happen to illuminate relationships, identity, society, and even physical space. I’m reminded of the adorable sci-fi romance, Safety Not Guaranteed, starring Aubrey Plaza or more cerebral indie movies like Primer and Lunopolis. But what about those technologies that are so far removed from our radar that we don’t even recognize Piece of Techology A as being something that was created by some entity? Because our reaction to such a thing is worth exploring, too…the reaction of humanity to wonder and horror (reminded of Solaris by Stanislaw Lem…or even V’Ger from Star Trek: The Motion Picture where the Voyager Probe had acquired so much knowledge and become so advanced that it had become something that humans probably couldn’t understand).

I grew up wanting to be an astronaut or an astronomer, and I would have loved to pursue those dreams if it weren’t for my severe lack of math skills, less than perfect vision, and a history of asthma. Space was not made for the likes of me. And I’d be lying if I said if I didn’t sometimes get a little depressed over the fact that I won’t experience a time of interstellar travel for the masses within my lifetime. But somewhere out there are people with the hearts and minds to make a difference in how we eat, explore, power our homes, and treat diseases. And science-fiction that is closer to our technological reality while still holding true to story, character, and wonder will no doubt have a hand in answering some of the questions we have about our present and future.